High Frequency Trading and those who create it, protect it, and further it!

These people and this company, as an example, are the helpers for the rogues and wrongdoers who are responsible  for LIBOR scandals, derivative market anomalies and theft of your money, wealth and energy while you sleep and while you don't.

They are paid paltry six figure salaries to sell countries down the river and then regret "that they sold out at all" in their memoirs published later in life or as evidence delivered in court.

Take to the streets now!!

This and this alone should be enough to have you all on the streets next week protesting as if your very lives depended upon it...for they surely do.
Have no doubt..Cameron has been told to push this through and it's already done. If you don't protest it then they deem it implied consent.

They hint at it...no protest!
They discuss it,,,kite-flying , it's called when they release it into the press to see the social media reaction.

Nothing comes of it by way of protest...? Then push it through. You've just green-lighted it for them,

If you do NOT protest to stop this then you are going to inherit a world of doom and satanic domination rained down upon you the likes of which you cannot imagine....and you know the problem?

Well you just don't seem able to imagine anymore...and that's why they've got you!

You're hooked like fish ...smoked out like bees and drunk on the materialism and unrestrained immorality which they've schooled you into accepting as "normal".

You mistrust and distrust your friends and neighbours!
You comply with pastry-dough faced 10th cousins of the Queen acting as "your leader" - a milk-sop piece of boot dirt who should never be near public office.
Do the right thing, as usual...."Do nothing!"

God help you all!

These people do not mean you well... Roman Catholic Christian Order of Chivalry which you have to be invited  initiated into. How does a "protestant" Royal family, formerly German catholics, gain admittance if they are who they claim they are? 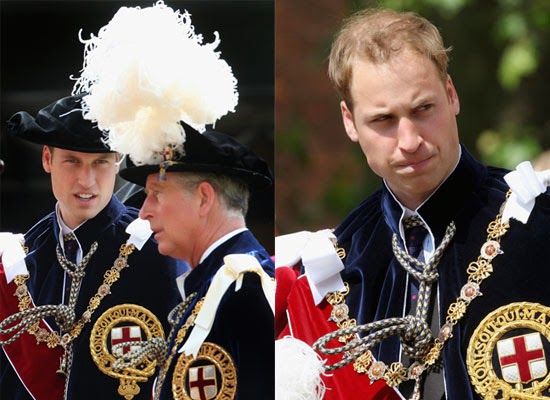 Global Collateral Accounts - WeRe Bank fronts for UK roll out

I say maybe because, after all, it is April 1st!

Notice that the Queen is NOT in ceremonial  garb and is NOT wearing any official garment of State which means she is entering as a subject and NOT a sovereign.

Also note in this photo she wears the gangland graffitti of the Sovereign Order of the Knights of Malta - and you have to PAY to wear it. It is an archetypal manifesto of the Catholic Church - ergo, she is a Catholic having sworn allegiance to The Pope.

There is the White Pope and the Black Pope:
When she visits The White Pope she dresses in black as a "protestant monarch"[LOL] to show she has sworn allegiance to The Jesuit Black Pope - currently Adolfo Nicolas
Charles and the dullard William are also seen wearing Catholic Hood Graffitti. 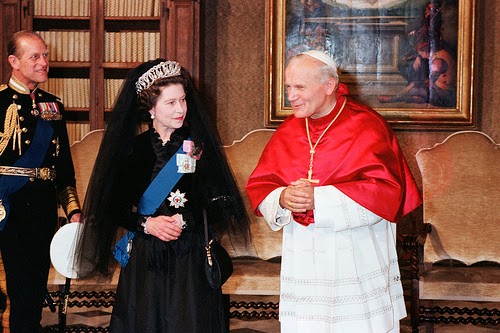 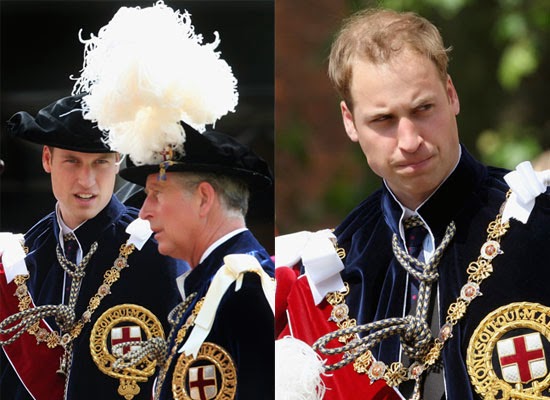 And you will NOT fail to recognise it here too: 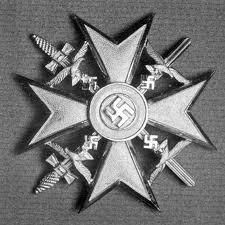 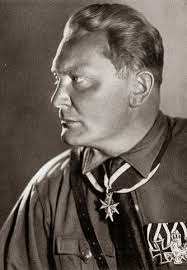 Queen's Jubilee Ceremony to the City of London


Then at 1':32" you see that the Queen does NOT just touch the sword she BOWS TO IT!!
ALSO IT IS THE ONLY PLACE IN HER SO CALLED KINGDOM WHERE SHE HAS TO HALT BEFORE PROCEEDING - what does having to stop at a border or frontier signify?
Yes, you got it - you must have the correct paper work to enter...so does she?

Andrew at 2' : 20" is clearly seen wearing the Sovereign Order of the Knights of Malta Cross

THIS ZIONIST LACKEY WILL ANSWER FOR HIS CRIMES AGAINST HUMANITY

This idiot is advocating GMO crops for everyone..yeah! Let's all jump on the band-wagon and just accept what he "thinks" should we?...NOT

The giveaways are that :
1. He is in the position he is. The illuminati Zionists already have their plan formulated for genocide, eugenics and mass depopulation but they need it it to be approved by "our priests of science" and so the chief Priest of Science in his lab coat- the new Lords of our techno-babble-on produce the sound-bite that is required. It hits the front pages ..no one objects or protests...Consent is therefore implied and Bingo! the next thing is you are eating the satantic white bread and chips.
2. He was working for Wellcome one of the most notoriously evil big pharma companies on the planet.
3. He is a member of a Round Table Group and you know what that means...don't you?
4. he's been knighted of "darked". You only get that if you are reliable to THE CAUSE and are under severe oath to follow orders blindly and with no compassion or consideration for anyone outside the "circle" of trust.

Oh and do you think the Elite of the Hunger Games are eating the same shite they wish you to consume?
Of course they aren't...can they protect and sanitize their own crops against contamination..maybe they can.

Also note in the by line in the Telegraph article "no GMO crops are being grown COMMERCIALLY in the Uk but they are being reared "privately" for "testing and trialling". What do you think the bees think of discriminating between the GMO  "fields of death pollen" and the natural variety when they pollenate after the visit? Things that should make you go hmmm!


Sir Mark Walport was appointed Government Chief Scientific Adviser (GCSA) and Head of the Government Office for Science in April 2013.
As GCSA Mark is co-chair of the Prime Minister’s Council for Science and Technology (CST).
His previous career highlights include:
Mark received a knighthood in the 2009 New Year Honours List for services to medical research and was elected a Fellow of The Royal Society in 2011
Posted by Unknown at 10:29:00 No comments:

SCIENTISTS INVOLVED IN CLOAKING/ STEALTH TECHNOLOGY WERE ON BOARD 20 IN TOTAL on PLANE THAT WENT MISSING.

Seriously, cell phones are ringing?  Asian scientists without tech?  How about all 239 passengers (plus crew) with cell phones, computers, ipads, ipods and god knows what else?
See the following article from Before It's News:
http://beforeitsnews.com/events/2014/03/malaysia-plane-coverup-passengers-cell-phones-ringing-gps-information-kept-secret-2432746.html
..."Meanwhile, 20 passengers on the missing plane are world-class electronic geeks for a major Defense contracting company specializing in such things as weapons that disappear planes and ships for the battlefield.

They are employed by a company designing and manufacturing cutting edge electronic weaponry for the Department of Defense. Such weaponry includes those making it possible to vanish planes off the radar, as Deborah Dupré reported this weekend in the article, Malaysia Plane Hidden With Electronic Weaponry? 20 High-Tech EW Defense Passengers."

You mean to tell me they can read my license plate and listen to all my calls and use Quantum computers to trace everything we do and say and they can't find a plane full of passengers??  Yeah, right.

One friend suggested a mutual source claims the plane was flown to an underground (or undersea) base.  The scientists may be detained and brain-wiped before they reload the passengers back on the plane and crash it somewhere in a jungle...or out at sea as it happens.  Perhaps with MKultra type false memories just in case some survive... Question is, what were the scientists on board working on that may have motivated either the Cabal or Chinese illuminati to take it down?

Word is the tech from the Texas company Freescale SemiConductor.. which used to be a division of Motorola in Phoenix is stealth for defense.
http://en.wikipedia.org/wiki/Freescale_Semiconductor
UPDATE:  Apparently Freescale is owned by Blackstone and The Carlyle Group.  ..."On September 15, 2006, Freescale agreed to a $17.6 billion buyout by a consortium led byBlackstone Group and its co-investors, Carlyle Group, TPG Capital, and Permira.[20] The buyout offer was accepted on November 13, 2006 following a vote by company shareholders. The purchase, which closed on December 1, 2006, was the largest private buyout of a technology company until the Dell buyout of 2013 and is one of the ten largest buyouts of all time.[21]wikipedia"
And according to this wikipedia link:
http://en.wikipedia.org/wiki/Freescale_Semiconductor... FREESCALE SEMICONDUCTOR:  ..."A division of Motorola, which became Freescale Semiconductor, supplied thousands of semiconductor devices, ground-based tracking and checkout equipment, and 12 on-board tracking and communications units. An "up-data link" in the Apollo's command module received signals from Earth to relay to other on-board systems. A transponder received and transmitted voice and television signals and scientific data.[3] Wikipedia "
Let me get this straight, back in 1968, Freescale supplied TRANSPONDERS to APOLLO 11!!  And didn't I hear that the "transponder" on Flight 370 was uh, turned off?  What's really going on here?  Apparently they could supply up-data links to Apollo 11 but a run-of-the-mill jet plane has gone 'missing without a trace' down here on Planet Earth while 20 of their scientists just happened to be on board?
Posted by Unknown at 22:58:00 1 comment:

Please watch this excellent expose on the Sandy Hook FFlag operation as it begins to touch upon the longer term 4D technology parked up about 6 months away set to capture your soul as well as mind for a very, very long time.

Phases 3 and 4 will roll out imperceptibly ... The Totalitarian Tip-Toe as Davvy boy says.